My Journey to the Indies

Sorry I haven't posted in a while, I haven't really felt up to snuff  and it's taken me a little while to get back into a mode where I could. I've been taking notes and photographing stuff for reviews, and a couple of other articles too I have in mind. But I'm getting there! Today though, today is something different and I thought before we go too much further down the rabbit hole, I'd post this up. I had a request to write this, and it's kind of an interesting for me to put to words, as I hadn't really thought about it, but we got to talking about this topic in one of my favorite FB groups and the idea for the article was given to me by my very lovely friend Sue, so here we go! 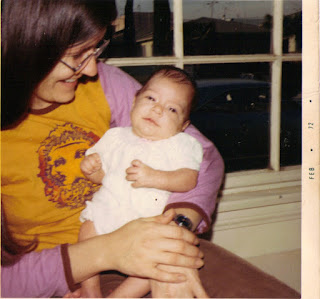 So, how did Niki get into indies, huh? That's a pretty good question. I was born in the early seventies, in Long Beach, California. My first home was in Seal Beach. My parents were part of the hippie movement. Can you see my dad's car through the window? Yeah! Anyway.
So when my parents separated, and eventually divorced, my mother moved us back across the country to Maine, where she was born. Maine is really home for me, that's my early memories, my heart lives there still. Mom was really into the hippie movement. She had us living in communes. She was vegetarian for quite a while, she made my clothes, she grew her own vegetables - the woman was always cooking and always had a garden. She had quite the green thumb, which she inherited from her own mother, who was a farmer.
So in addition to all of these, there was music and scent. Both of these things are firmly attached to my early memories of my mother. Music and scent kind of go hand in hand to me, they are both essential for me and my well being, I feel. I remember mom and her scent was always some sort of hippie scent, patchouli, dragon's blood, sandalwoods galore - mom really liked sandalwood, I believe, and dragon's blood. It seems I've always liked the darker resins and patchouli and woods. Of course, the childhood in Maine heavily influenced me also, I like clean, fresh scents, aquatics, pine, woodsy scents. If you'll recall one of my favorite NAVAs is Cecilia and she kind of evokes hard core memories for me, a very evocative scent. 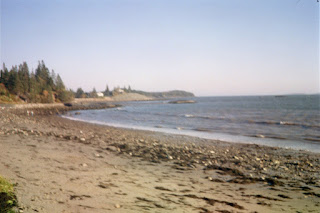 So wow, isn't that beautiful? Sure, I miss home, but home is here too. Anyway, continuing on. in my twenties, I moved to the Minneapolis/St. Paul area. I was exploring, expanding my horizons. I'd been stuck for a while and felt like I needed to know more about the world. I stumbled on lots of little, interesting shops there, shops that sold incense and interesting jewelry and books to expand your mind. My first metaphysical shops! Scent once again reigned dominant. 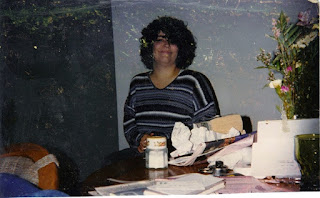 So I started to burn incense, and I found a gorgeous incense that I would regret not grabbing tubfulls of - it was called Egyptian Sandalwood. I was in love! I thought it was perhaps the most beautiful thing I'd ever smelled. I ended up moving away, to North Carolina, after that year, but I've never forgotten my time in that area, it was the beginning of me, really, becoming myself.
And then in North Carolina, I went exploring again, and discovered a pretty neat metaphysical shop located in a little house in downtown Raleigh. Very close to the NC State campus, and Hillsboro Street, where there was a hub of activity and really nifty little shops everywhere. There I discovered AIRS incense, and a unique take on dragon's blood I'd never found before or since.
Fast forward a few years, and being online became a thing. I was kind of stumbling around forums back then, and someone mentioned people making soaps and perfume oils that were only available online. I was intrigued. I remembered my time in MSP and the shops where they were mixing soap and shampoo to your own scent requests, so I looked up a few. I found Wylde Ivy. Started buying lotions, scrubs and stuff. It was different. Then I found BPAL. I was hooked. The rest, my friends, is history. I've been buying indie as much as possible ever since. I found Villainess and Haus of Gloi quite a while ago...did some blog posts on scents, but at the time, I was mostly blogging about nail polish, and it didn't seem like anyone had much of an interest in my scent journey then. There were some closer friends who were interested, but I decided to just keep on buying my goodies, and supporting indie. I did get away from the perfume oil scene for a bit, until last year. That was when my obsession with NAVA began! I also discovered Valhalla at that time, which I have a link to in the sidebar and is a really great indie bath and body company.
I think it's kind of interesting how the things you were exposed to in your childhood can impact you. My mother and I don't speak, but I was pretty profoundly influenced by her, and a certain smell will take me right back to childhood. She always encouraged me to expand my mind and taught by doing about supporting small business owners. I wish I had her talent in the garden, but unfortunately, I've a black thumb. Hah! Anyway. That's my little story.